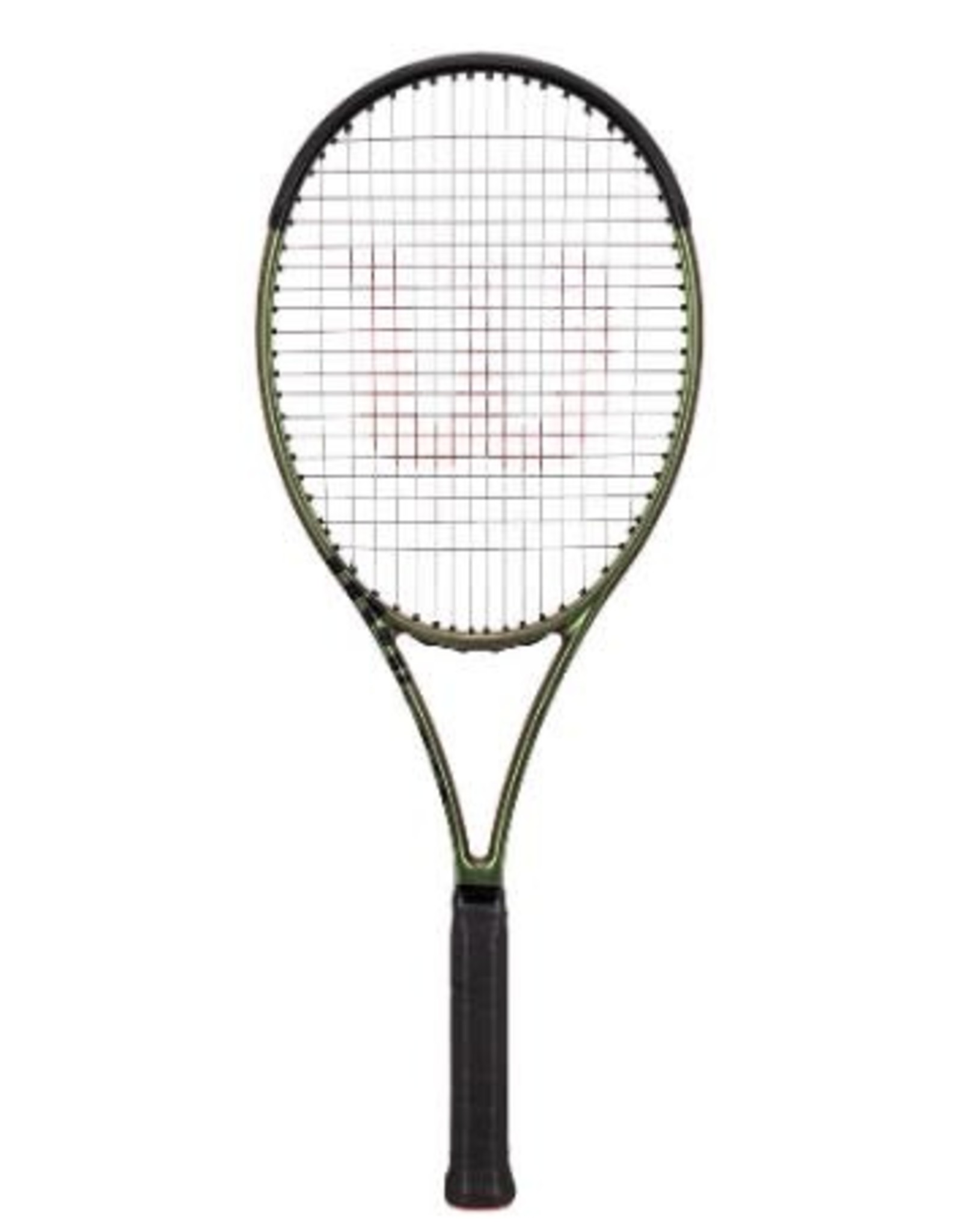 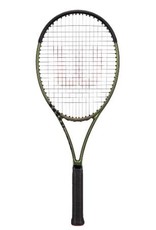 Wilson`s Blade 98 100L v8 Tennis Racquet represents a slick and sustainable new direction for one of the brands most popular tour frames. With v8, Wilson's patent protected FORTYFIVE° layup makes the Blade a perfect match for the more vertical swing plane in today's modern game. The Blade is again focused on control and feel, with a good balance of stability with flexibility. The racquet's cosmetic features a green to copper color shifting paint that transitions depending on the light. The Blade has been featured in green for a few generations, but now "green" doesn't just refer to the cosmetic. The racquet head guard and grommets are created with AGIPLAST, a bio based plastic which can also be found in the end cap. Wilson went under the hood and specifically under the grip with Direct Connect technology which connects the end cap into the carbon fiber, as opposed to the foam in the racquet handle. The result is a 16% increase in torsional stability for greater power and consistency. With version 8, the Wilson Blade should continue to have a substantial following among competitive tournament players. This 100 square inch version is lighter and more forgiving than the 98 square inch versions. With a slightly thicker beam, expect a little more power from the 100L.

-Plant based plastics used for the racquet grommets and head guard.

-FORTYFIVE° construction allows for a rare combination of flexibility and stability

-Direct Connect sees the end cap attached to carbon fiber beneath the grip, as opposed to foam