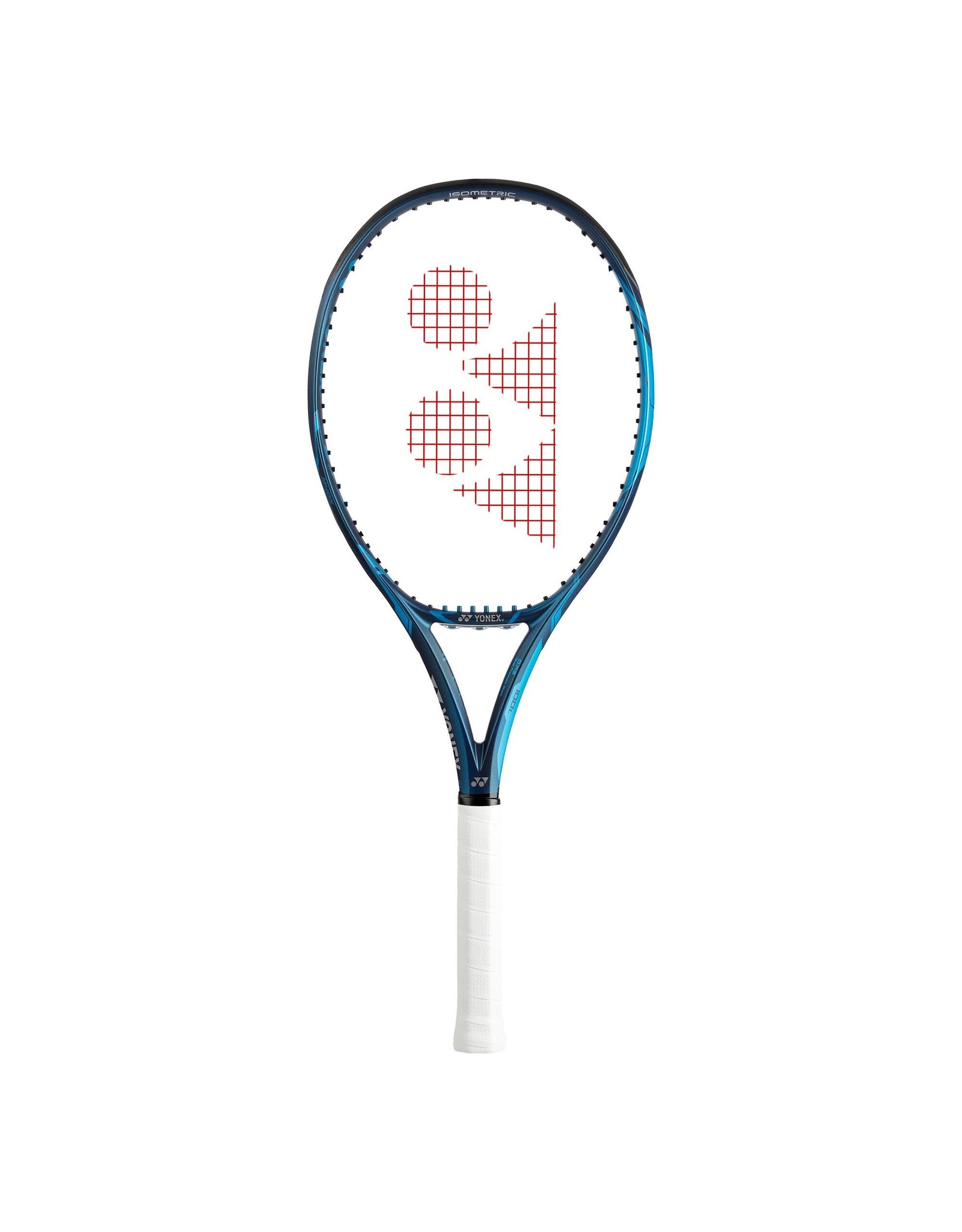 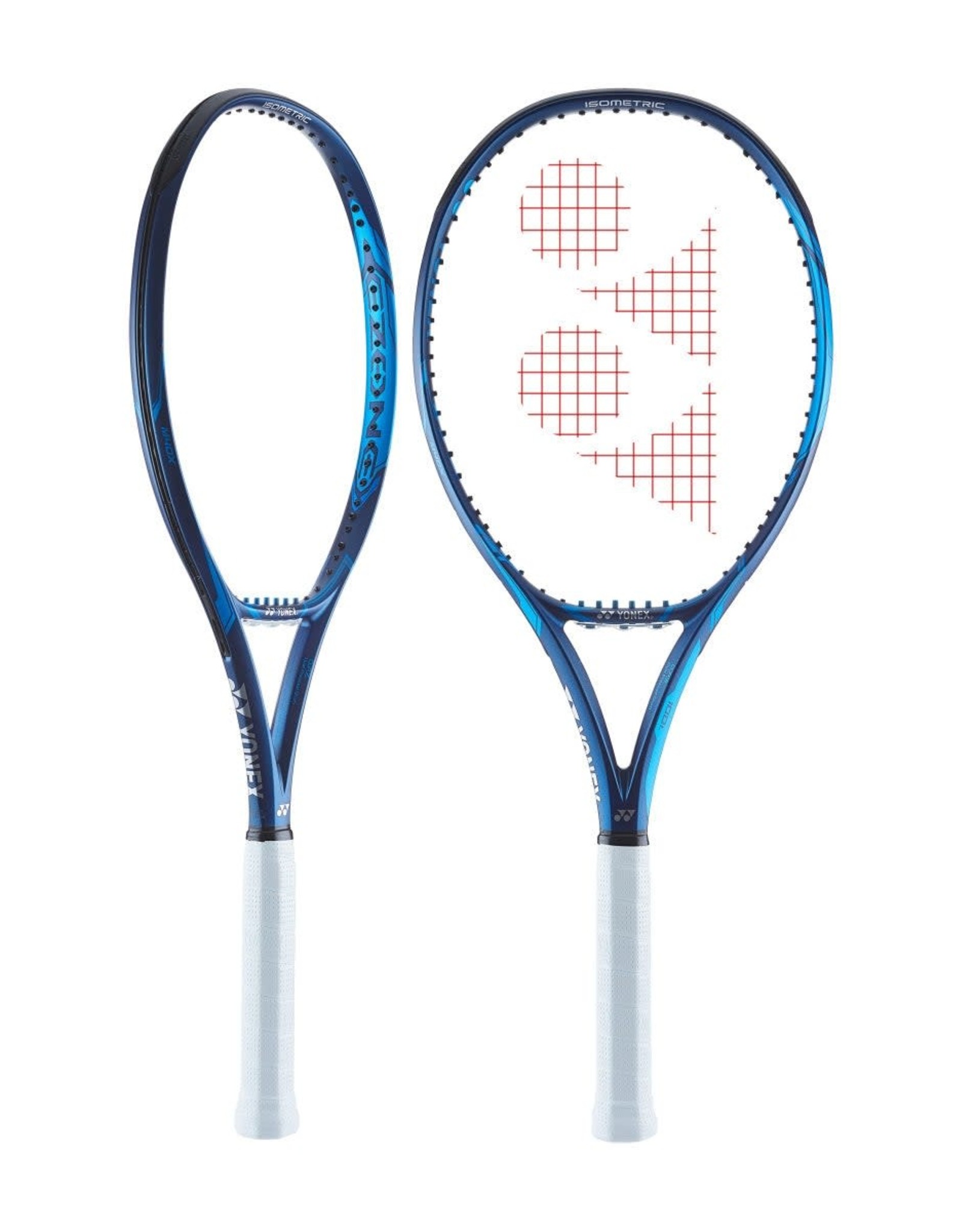 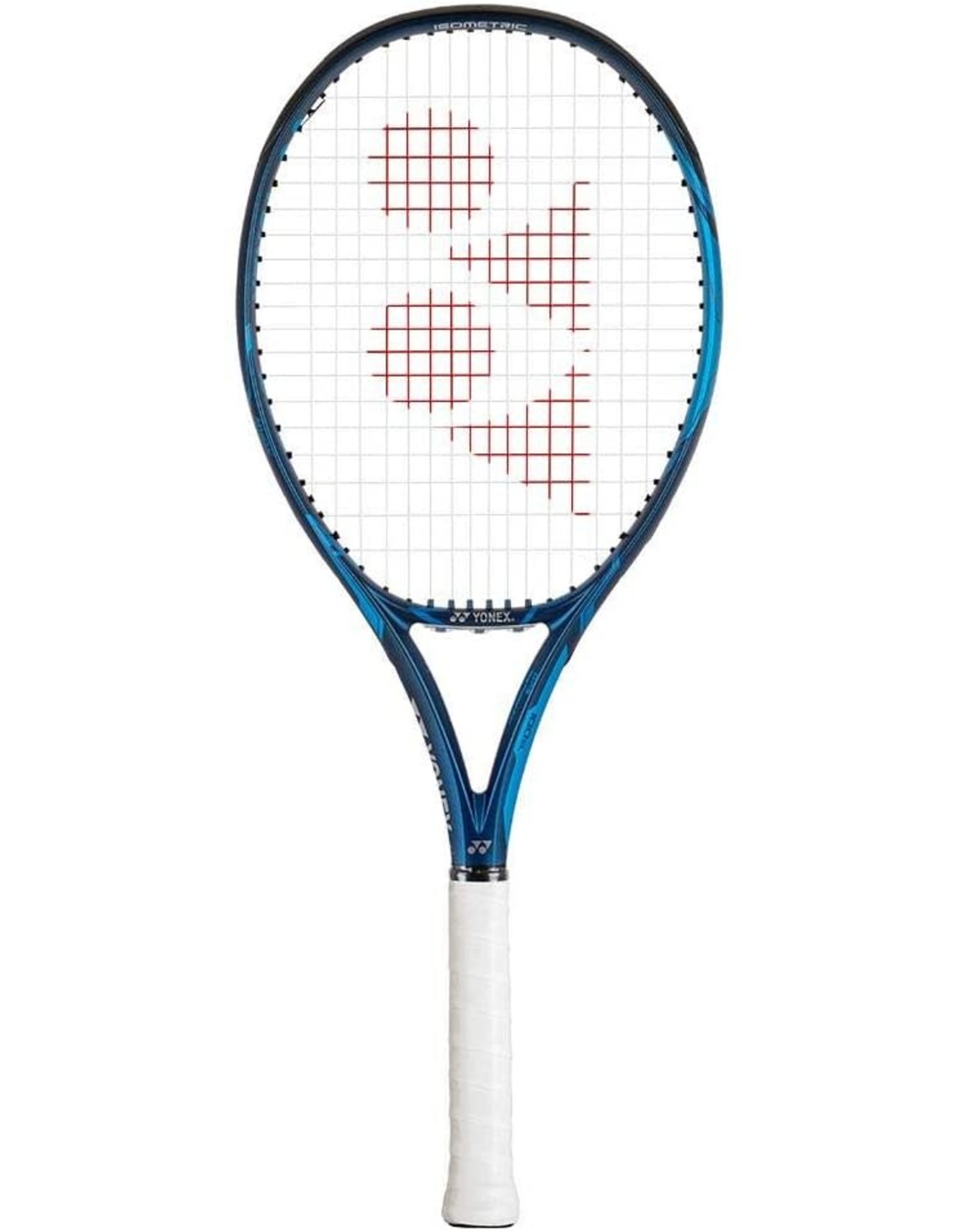 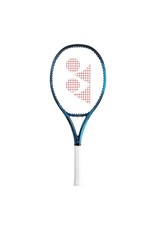 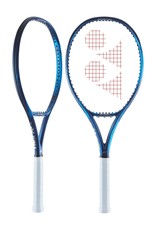 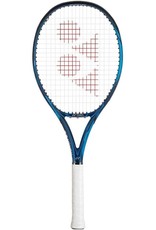 One of the more versatile performance racquets on the market gets updated for 2020. The Yonex Ezone 100 series is endorsed by Belinda Bencic and young upstart Casper Ruud, but the slew of enhancements will help players of all levels. The sixth generation Ezone 100L Tennis Racquet has a new strong, yet elastic material in the throat called M40X. The graphite material improves the racquet’s flex while maintaining the tour level stability which is a hallmark of the Ezone franchise. Yonex improved the comfort of the Ezone 100L by adding Vibration Dampening Mesh (VDM) in the handle. The material filters out unwanted vibrations without overly muting the response. The sweet spot of the Ezone is massive due to Yonex’ Isometric head shape. With this version, the head is slightly wider at the 3 and 9 o’clock positions to create the largest sweet spot in the history of the Ezone. By subtly varying the outer angle of the aero-shaped frame, the middle and upper portion of the racquet head remain plush, while the lower hoop is stable. Yonex carries over their Liner Tech string technology from the previous version by using straight hole grommets to elongate the strings. The result is more power and comfort, even when missing the sweet spot. According to Yonex, the updated Ezone 100L will absorb 7.9% more shock and increase ball speed by 2.5% compared to the previous model. The Ezone 100L is 10.1 ounces unstrung and has a spin-friendly 16x19 string pattern. The 3 points head light balance (strung) makes the Ezone 100L a very maneuverable and powerful frame with an easy-to-manage weight.